The 11th G20 Summit is to be held on Sept. 4-5 in China’s eastern city of Hangzhou, is expected to make an action plan on implementing the 2030 Agenda for Sustainable Development, and to focus more on development issues with an aim to inject new impetus into the world economy and promote global consensus on development.

The theme of the summit is: “Toward an Innovative, Invigorated, Interconnected and Inclusive World Economy” 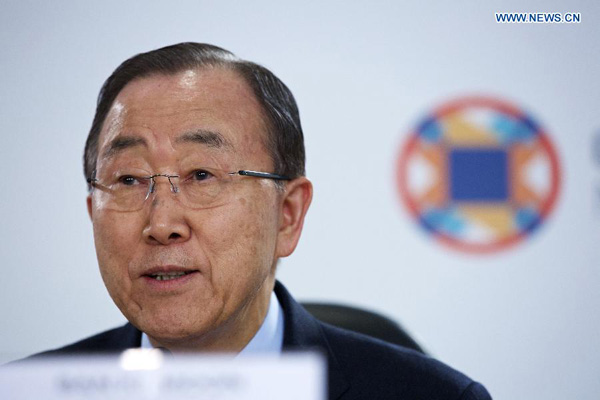 UNITED NATIONS — UN Secretary-General Ban Ki-moon on Friday spoke highly of the Chinese leadership in focusing the upcoming summit of the Group of 20 (G20) on promoting green growth and bolstering the presence of developing countries.